Join us at the magic 4th „Desire for Spring Jazz week“, April 14th – 19th, during Easter, at the Kunstfabrik Schlot.

Six different journeys of music dialogues, dynamics, passion, rhythms and colors of Jazz. Accomplished drummer/composer Andrea Marcelli will bring  some of the best soloists of the Berlin Jazz scene and special guests from abroad.  Each evening a completely different mood and genre. Opening concert 14.04 with the quartet of virtuoso saxophonist Woody Witt from Texas and on 15.04 the quintet of award winner pianist Sorin Zlat from Bucharest, both thanks to the Rumänisches Kulturinstitut. On 16.04 a special quartet presenting the Jazz reunion of the two very talented Allan Praskin and Larry Porter. On 17.04 Film and Classic meets Jazz with whimsical Ekkehard Wölk Quartet and special guest warm guitarist Filippo Cosentino from Alba / Italy, on 18.04 the passionate pianist Arik Strauss from Israel in trio + guest and closing concert 19.04 a specially creative trio with Tino Derado and Lars Gühlcke…

The musicians will bring their own colors representing different cultures and sensitivities, all together here in Berlin at  Schlot. Jazz rearrangements of famous composers and all kind of original compositions and moods.
Expect the unexpected! 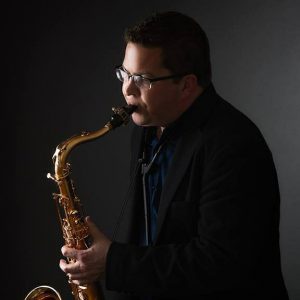 WOODY WITT – saxophones. Professor of Jazz Studies at Houston Community College Town and Country campus and an Affiliate Artist at the University of Houston.  He is an impressive saxophonist, a skilled composer, and an influential jazz educator. On the tenor, Woody displays a mastery of modern mainstream jazz, he has developed an energetic and explorative style, and he has his own attractive sound.

He is a Yamaha Performing Artist  (for over 15 years), a 2010 recipient of a Chamber Music America French American Cultural. His extensive performance experience includes the Houston Symphony, The Temptations, Randy Brecker, Ray Charles, Billy Hart, Louis Hayes, Jim Rotondi, Nancy King, Mark Levine, Adam Nussbaum, James Moody, Conrad Herwig,  and Tim Armacost to name just a few. A native of Omaha, Nebraska, Witt earned a Bachelor in Music at the University of Houston, a Master in Music from the prestigious University of North Texas (Jazz Studies), and in 2000, Witt earned a Doctorate in Musical Arts at the University Of Houston Moores School Of Music.

Randy Brecker: „Woody Witt continues the tradition of great ‚Texas Tenors‘ with a big fat sound, fresh ideas and a decidedly modern and original approach to improvisation and composition.“

David Liebman: “Top line contemporary jazz by Woody and his friends, covering all the bases and done with passion and grace.”

Miles Willis “Milestones” on 90.5 KPFT: “a confident storyteller of depth and distinction.”

Frank Rubolino / Cadence: “There is nothing academic about his approach. It is all soul and emotion and his solos ring out with authority.” 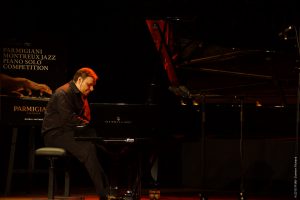 SORIN ZLAT – piano
A seasoned jazz pianist, composer, and arranger, who created a repertoire comprising pieces of standard jazz and personal compositions which range through Latin, jazz, pop, and classical music and are orchestrated to reflect my unique interpretative style. Well known for my imaginative approach to jazz which enabled me, as a soloist or alongside my band, Sorin Zlat Trio, to gain recognition on the European and North American jazz scene. Being a composer has expanded my horizons and stretched my technical capabilities, pushing me to continuously discover new ways to excel in my work. Sorin appeared in numerous festivals, both nationally and internationally, as a solo performer or with his including the Montreux Jazz Festival, with Lee Ritenour, Branford Marsalis, Chris Potter, Chucho Valdes, Sonny Emory, Jeff Ballard, Dave Grusin, Ravi Coltrane, and his mentor, the renowned pianist Leszek Mozdzer.

You can find Sorin performing in the jazz clubs both in his country of origin, as well as across Europe (USA, Spain, France, Turkey, Israel, United Kingdom, Belgium, Monaco, and Switzerland). 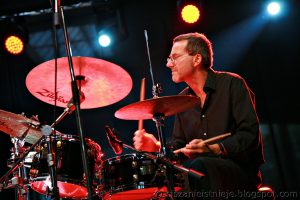 ANDREA MARCELLI – Drummer/composer born in Rome, Italy. He moved to USA in 1989 spending 8 years in Los Angeles and 4 in New York. He is, since 2001, resident in Berlin/Germany.

Andrea recorded many CDS and two acclaimed solo CDs for legendary Major Jazz Label VERVE/PolyGram with his original compositions. He graduated in 1986 from the L. Refice Conservatory in Frosinone (Rome) in Classical Clarinet, Jazz Composition and Arrangement. More than 190 of his compositions have been recorded in CDs. Two of Andrea’s compositions are included in „The European Real Book“ and „The Digital Real Book part two“ by www.shermusic.com.

Wayne Shorter wrote: „Andrea Marcelli’s music is vibrant and thought-provoking as today’s events. Andrea is such a chameleon. When I first heard his music, it struck me that he played drums, clarinet, percussion, keyboards and composed in a variety of styles that defied classification, moreover, his display of sensitivity and creative approach to the work produced.“